1. The discovery of magnetic beads

The idea for the invention of magnetic beads originally came from John Ugelstad, a chemist at the Norwegian University of Science and Technology, who in 1976 produced uniformly magnetized spherical particles using polystyrene as the main material.

In 1979 Vogelstein et al. reported the use of glass powder as an adsorbent can be used to extract DNA fragments from sepharose in the presence of high concentrations of sodium iodide, and later solid-phase nucleic acid purification techniques based on silica gel and other surface carriers with hydrophilic properties were widely developed. The magnetic particle-based nucleic acid purification method is one of them.

The innermost layer is polystyrene (PS).

The second layer is wrapped with a magnetic substance (usually Fe3O4).

The outermost layer is a polymer modified by functional groups (such as carboxyl-COOH, hydroxyl-OH), which       can be combined with nucleic acid. 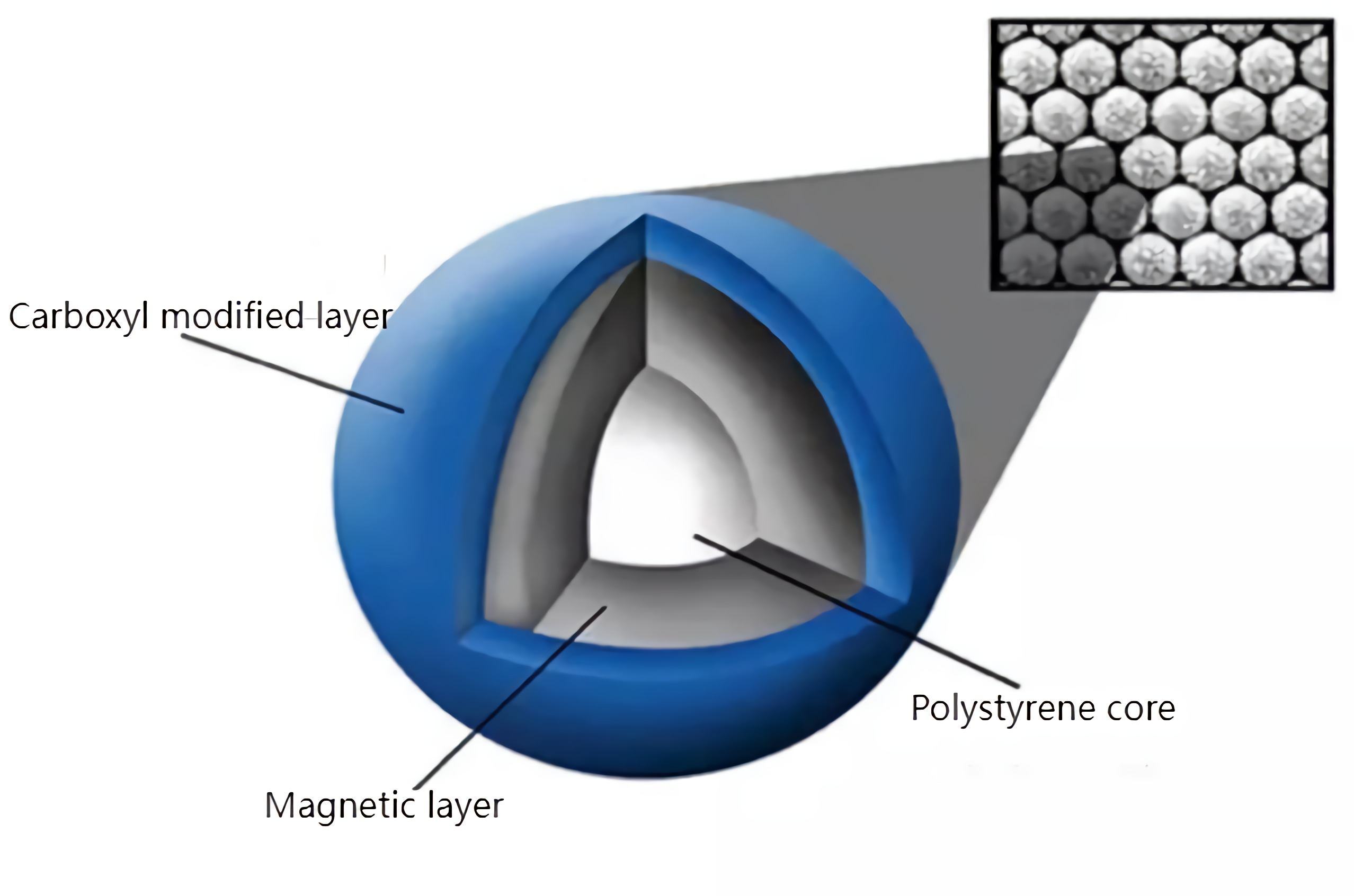 SPRI (Solid Phase Reverse Immobilization) is that paramagnetic beads can selectively bind to nucleic acids by type and size, and can be used to isolate, purify and clean up high purity nucleic acids. This technology can be applied to next generation sequencing (NGS), Sanger sequencing, qPCR, ddPCR and microarrays, etc.

Based on SPRI technology, in the magnetic bead method reaction system, nucleic acid molecules (DNA & RNA) will be compressed from linear to spherical shape. DNA will undergo dramatic changes in DNA molecular conformation promoted by NaCl or MgCl2 in the presence of certain concentration of PEG. A large number of negatively charged phosphate groups on the phosphate backbone will bind to the negatively charged carboxyl magnetic beads on the surface. This interaction between negative and negative charges is currently thought to be due to the action of positively charged salt ions (e.g., Na+). The negatively charged phosphate group forms an "anion-cation-anion" salt bridge structure with the carboxyl group through the dissociated salt ion (e.g. Na+), so that DNA is specifically adsorbed to the surface of the carboxyl beads. When the reaction buffer is discarded, the addition of water molecule rapidly and fully hydrates the nucleic acid molecules and releases the ionic interaction between the three, allowing the purification of the nucleic acid molecules adsorbed to the magnetic beads. Using the magnetic properties of the magnetic beads, DNA fragments can be collected and eluted by an applied magnetic field.