You are here: Home » News Center » Industry News » How Much Do You Know About the Application of Magnetic Beads?

How Much Do You Know About the Application of Magnetic Beads?

How Much Do You Know About the Application of Magnetic Beads?

Based on SPRI technology, in the magnetic bead method reaction system, nucleic acid molecules (DNA & RNA) will be compressed from linear to spherical shape. DNA will undergo dramatic changes in DNA molecular conformation promoted by NaCl or MgCl2 in the presence of certain concentration of PEG. A large number of negatively charged phosphate groups on the phosphate backbone will bind to the negatively charged carboxyl magnetic beads on the surface. This interaction between negative and negative charges is currently thought to be due to the action of positively charged salt ions (e.g., Na+). The negatively charged phosphate group forms an "anion-cation-anion" salt bridge structure with the carboxyl group through the dissociated salt ion (e.g. Na+), so that DNA is specifically adsorbed to the surface of the carboxyl beads. When the reaction buffer is discarded, the addition of water molecule rapidly and fully hydrates the nucleic acid molecules and releases the ionic interaction between the three, allowing the purification of the nucleic acid molecules adsorbed to the magnetic beads. Using the magnetic properties of the magnetic beads, DNA fragments can be collected and eluted by an applied magnetic field. 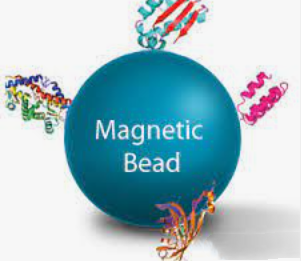 The purpose of DNA purification is to remove the unwanted fragments and recover the required fragments. Therefore, discard the supernatant and keep the magnetic beads, then wash and elute. Since the beads preferentially absorb large fragments, a certain percentage of beads can be used to attract DNA fragments above a certain size. The supernatant (non-target DNA fragments) is discarded and the beads are eluted to recover the absorbed DNA.

The outermost surface is a polymer modified by carboxyl groups（-COOH） 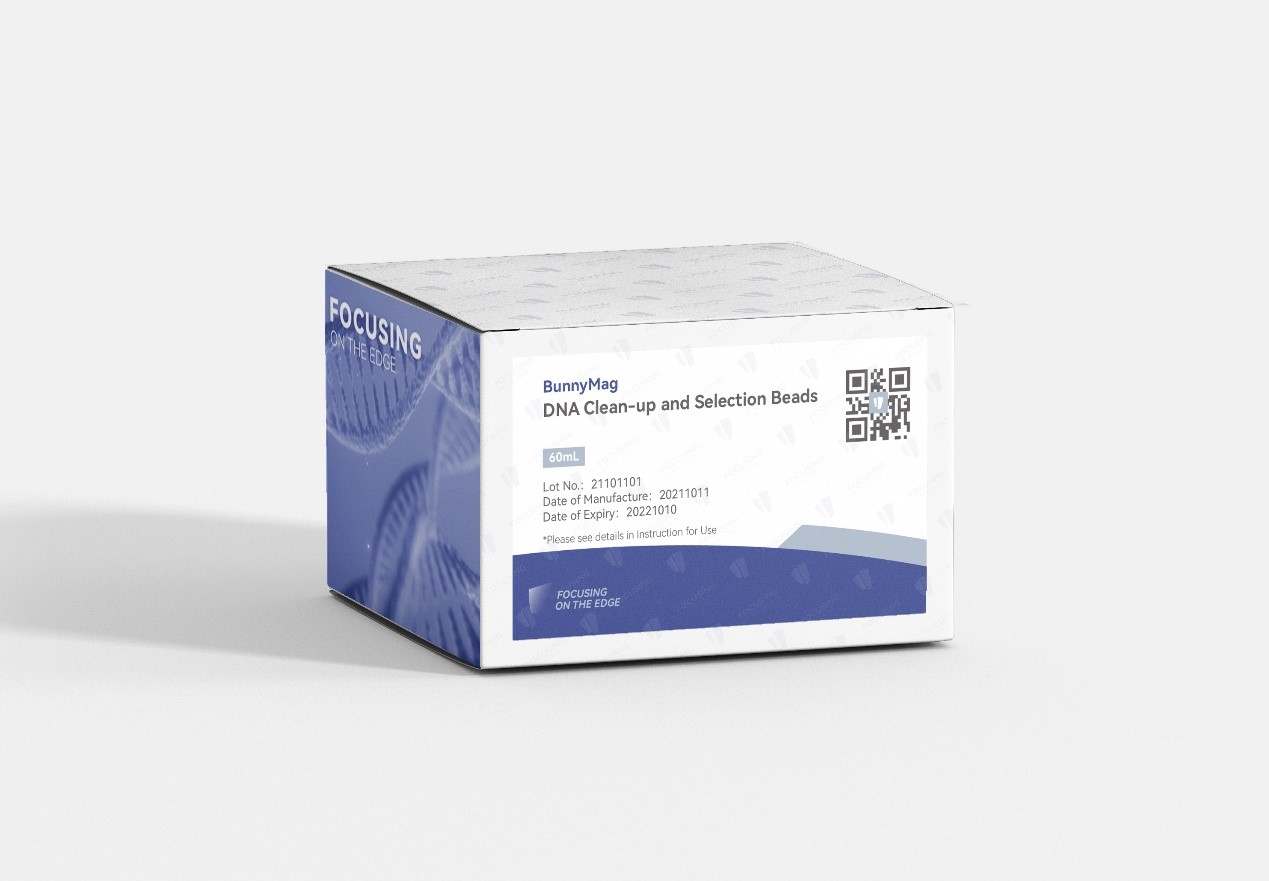 (1) Low sample requirement: high concentration of nucleic acids can be extracted from a trace amount of material.

(2) Simple and fast operation: the whole operation process is basically divided into five steps (lysis, binding, washing, drying, elution), and the whole process can be completed within 30-60 minutes without centrifugal operation mostly.

(4) Fully automated operation: the nucleic acid extractor can be used to achieve automated, high-throughput operation, and realize the extraction of dozens or even hundreds of samples.

(5) Safe, non-toxic and harmless: the reagents do not contain phenol, chloroform and other toxic chemical reagents, which is fully compliant with the modern environmental protection concept.